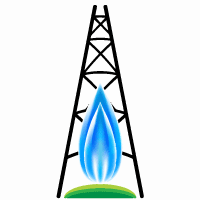 On Wednesday, November 5, the LEAGUE OF WOMEN VOTERS OF ST. TAMMANY released a new television ad that re-frames the debate about the proposal to drill for oil in St. Tammany. Our concern is that the majority of the residents have not been a part of the discussions. Many of us involved in the anti-fracking meetings have been “preaching to the choir” instead of reaching out to the residents of St. Tammany who moved here to raise their families, grow their businesses, or retire to enjoy the natural beauty and bounty that St. Tammany provides.

The television ad will be running on Charter cable stations in St. Tammany between now and November 11. The ad will run 129 times as well as being available on YouTube. We are urging people to attend the meeting the Department of Natural Resources is holding on Wednesday, November 12 at 5 PM at Lakeshore High School. It is not the standard operating procedure for DNR to conduct public meetings before issuing drilling permits.

A district judge has ruled that the case the Parish has filed against DNR regarding DNR’s decision to not take local zoning into consideration has merit and will move forward.

We now need to create a place for people who haven’t been to the numerous meetings, pored over a thousand documents, linked to hundreds of articles, and engaged in numerous in-person and online discussions about the dangers of fracking. Parents, small business owners, retirees, and students all need to have a say about the future of our parish.

For interviews or additional information please contact  Mike Stagg at mikewstagg@gmail.com or (337)-962-1680.

This is OUR parish! What kind of parish do you want to live in? A parish that has been industrialized or a parish that values our natural environment and continues to be seen as the place for corporate offices?